Facing possible professional sanctions, Rudy Giuliani described on Monday the Trump campaign’s legal strategy for challenging the 2020 election results and how the former New York mayor had hoped to frame up an eventual case for the US Supreme Court.

Giuliani is outlining his involvement in orchestrating the post-election legal strategy for former President Donald Trump’s 2020 campaign as he testifies off in attorney disciplinary proceedings that the DC Bar has brought against him.

Giuliani said that he had planned to consolidate an infamous Trump campaign lawsuit he brought seeking to throw out hundreds of thousands of 2020 votes in Pennsylvania with similar legal actions in other states to serve as a case that would go before the Supreme Court.

“My role was to show in Pennsylvania had followed the same set of eight or 10 suspicious actions, illegal actions, whatever you want to call them – irregular actions – that could not have been the product of accident,” Giuliani said, while suggesting that the goal was proving a conspiracy across many states.

The disciplinary proceedings that have been brought against him zeroes in on the Pennsylvania lawsuit, filed in federal court in the state. His description of the larger strategy sheds new light on the Trump team’s plan to overturn his electoral defeat — an effort that is being scrutinized in both a Justice Department special counsel investigation and by an Atlanta-based Fulton County grand jury. There is no evidence of mass fraud in the 2020 election, and the Pennsylvania lawsuit was roundly rejected by both a district court and an appeals court.

Giuliani on Monday said he wrote only a few paragraphs of the initial complaint that was filed and that he was relying on a local attorney to spearhead the bulk of the case. That attorney, Ronald Hicks, withdrew from the lawsuit before it was heard by a district judge and Giuliani led the arguments for the Trump campaign.

“I was giving (Hicks) language so that eventually we would have the chance to consolidate this case with other cases similar to it, so we can try to have one case to go to the Supreme Court,” Giuliani said.

At the time, there was much focus on whether the Trump campaign was actually alleging fraud in the lawsuit, as some of those claims were removed from the lawsuit shortly before the Pennsylvania case was heard. During those oral arguments, however, Giuliani made sweeping, unsubstantiated claims of “widespread, nationwide voter fraud” and a Democratic plot to steal the election in Pennsylvania.

Giuliani is testifying before the disciplinary hearing committee in what will be a multi-day proceeding in the ethics charges that have been brought against him.

The DC Bar’s Disciplinary Counsel Hamilton Fox said at the start of the proceedings that Giuliani was “responsible for filing a frivolous action asking a federal court to deprive millions of the people in Pennsylvania of their right to vote.”

The efforts to discipline attorneys who aided Trump’s legal gambits to undermine the 2020 election take a major step forward Monday with the start of key disciplinary proceedings in Washington, DC, that will look into whether Giuliani violated attorney ethics rules.

A hearing committee for the Board on Professional Responsibility will hear testimony from Giuliani and other witnesses it weighs whether the lawsuit the he brought on behalf of Trump’s 2020 campaign put him in violation of attorney ethics rules.

Giuliani is one of several attorneys who have been targeted in professional sanctions proceedings. His law license was already suspended in New York by the state bar there, which said that the former Manhattan US attorney “communicated demonstrably false and misleading statements to courts, lawmakers and the public at large” in his work for the Trump campaign.

Fox, the lawyer who heads the disciplinary office of the DC bar, alleges Giuliani violated attorney conduct rules in Pennsylvania by filing a frivolous lawsuit and by engaging in “conduct prejudicial to the administration of justice.”

Giuliani attorneys contend that, faced with the fast pace of election-related litigation, he was relying on information provided to him by others assisting the Trump legal team and that he had reason to believe it was true.

The hearing will take a trial-like form and is only the first stage of the disciplinary process. The proceedings are expected to last several days and may stretch into next week. Once they wrap up, the hearing committee will assemble a report and ultimately issue recommendations to the Board on Professional Responsibility. That board will consider a round of briefing from both sides and hear arguments, but the final arbiter of the matter will be DC’s local court of appeals.

Giuliani has signaled interest in bringing in witnesses to talk about their investigation into supposed voting “irregularities.” His initial list of potential witnesses included several prominent names in Trump world, including some who played central roles in pushing Trump’s election fraud lies, but his lawyers have since indicated that many of those witnesses won’t be testifying on advice of their own counsel.

This story has been updated with additional details. 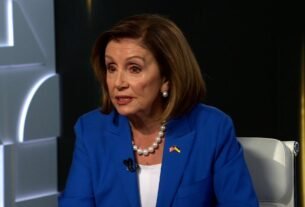 Rising crime in New York has gripped the mayoral race. Eric Adams says he alone can fix it.